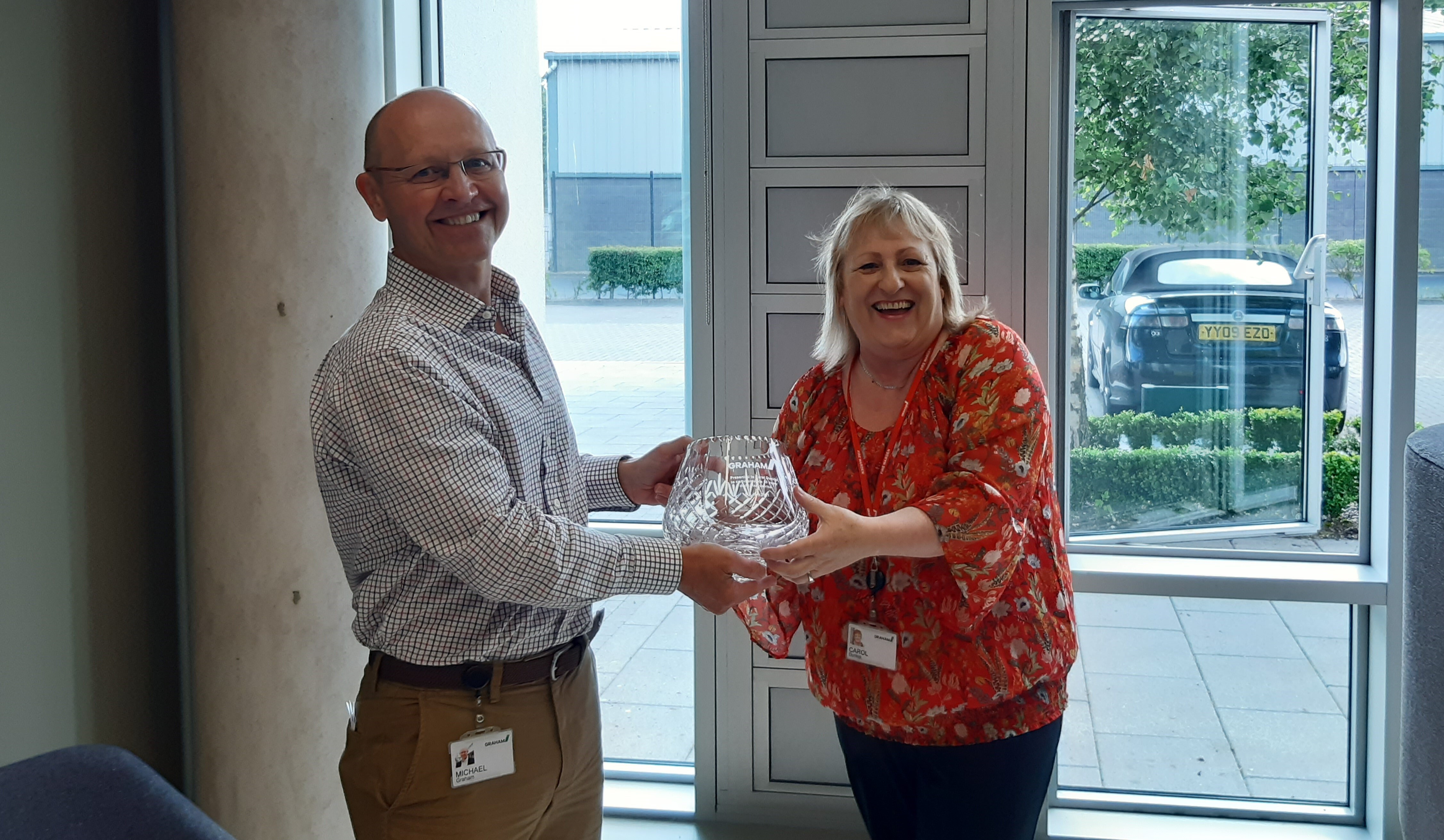 Carol Dunlop joined GRAHAM in 1971 at the tender age of 15, straight out of school. Her first role was as a Data Entry Processor for the fledgling Computer Department. GRAHAM as always was at the cutting edge of innovations and Carol was a big part of those early years when computers the size of small rooms drove the new world of work.

The business recognised the potential and leadership ability in Carol, and she moved quickly through the ranks, eventually taking responsibility for the Data Processing team.

Carol proved adept at administration, processes, and getting the best out of people, abilities admired by her peers and which allowed her to adapt to the different challenges a long career inevitably brings. Carol joined the Finance team in the ‘noughties’ finally taking up the position of Purchase Ledger Manager, a role which has grown in responsibility and importance in line with the success of the organisation.

Carol has seen and been part of incredible change within GRAHAM. She embodies the spirit of what GRAHAM stands for, giving her talents and loyalty and in return receiving the goal of that approach, a varied, interesting, and fulfilling career.

The company wants to acknowledge this unique milestone and thank Carol for her long service.