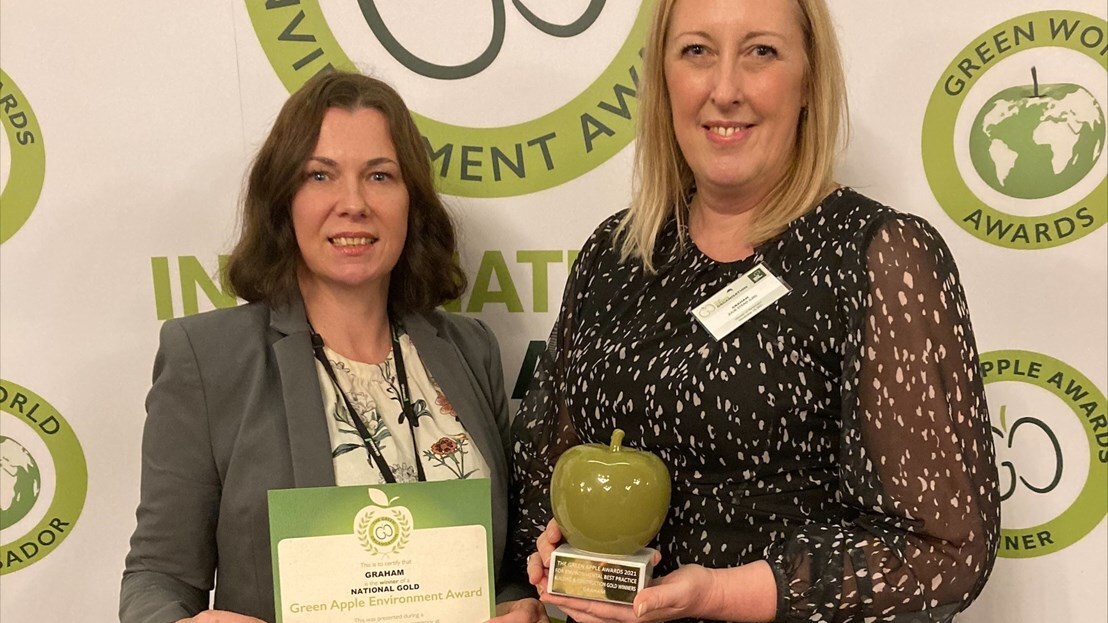 The leading national contractor was awarded a Gold Green Apple Award for its exemplary approach to sustainability during a transformational interior fit-out project for Leeds Building Society's new headquarters at Sovereign Street in Leeds.

The Green Apple Environment Awards, which are organised and managed by The Green Organisation, are recognised “as one of the most popular environmental campaigns in the world”.

GRAHAM has enjoyed considerable success at the awards since they were first launched in 1994. In total, the privately-owned company has scooped 17 Green Apple Awards.

“To win another four Green Apple Awards is a major achievement, and we are very proud to have added to our collection. Each accolade is the result of a concerted, collaborative effort between our site teams, environmental team and supply chain. At GRAHAM, we have recently launched a new CSR strategy and a Climate Action strategy. These set out our ambitious plans and targets for the future. And the independent validation provided by the Green Apple Awards is proof of our proactivity and commitment to making a positive impact on the environment and a lasting legacy within the communities where we operate.”

This year, GRAHAM was also awarded third place in the “Green Large Organisation of the Year” at the Green Awards and was shortlisted for the “Environmental and Sustainability Award” at the CEF Construction Excellence Awards 2021.

In addition, it successfully achieved the Achilles Carbon Reduce Standard.

A summary of the four Green Apple Award winning projects

Civil engineering - M11 Junction 7a: This project involves the design and construction of a new grade separated junction to the M11, a new 0.6km dual carriageway link connecting the new junction with the B183 Gilden Way, and online widening to a 2km section of Gilden Way in Harlow. The project’s key environmental achievements include:

Find out more about GRAHAM's approach to the environment.