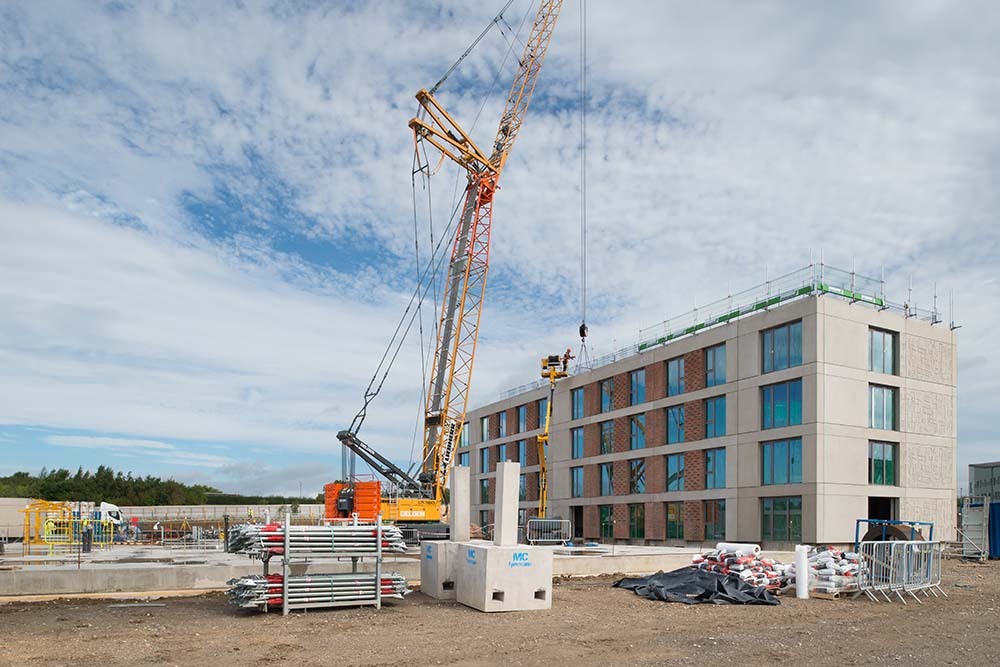 Our building team has topped out one of the first blocks at the University of York's 1480-bed student accommodation project in the space of 26 days, marking a significant milestone in the scheme's development.

Using modern methods of construction, the team erected a superstructure comprising 292 panels weighing a total of 1,600 tonnes, 100 windows, 63 bathroom pods and was inclusive of all stairs, service risers, lift cores and wire ways.

The development forms a key part of the Uniersity of York's ambitious 'Campus Masterplan' framework that has been designed to meet the needs of its expanding global student body while acting as a stimulus for the University's future student recruitment strategy.

In addition to leading on the build, GRAHAM is an investor in the project as part of a consortium with Equitix, a fund manager of core infrastructure assets. Construction for the project, which has been designed by architects Sheppard Robson, will be completed for the 2022 academic year.

"Topping out the first block at the University of York is a significant step forward. By embracing modern methods of construction and off-site assembly, we have been able to deliver at pace and to the highest quality."

Stephen Talboys, Director of Estates and Campus Services at the University of York said:

"In these challenging times it is really encouraging to reach a milestone like this. The University of York remains committed to increasing its provision of quality accommodation for more of its student on campus and this is a positive step to making that happen."