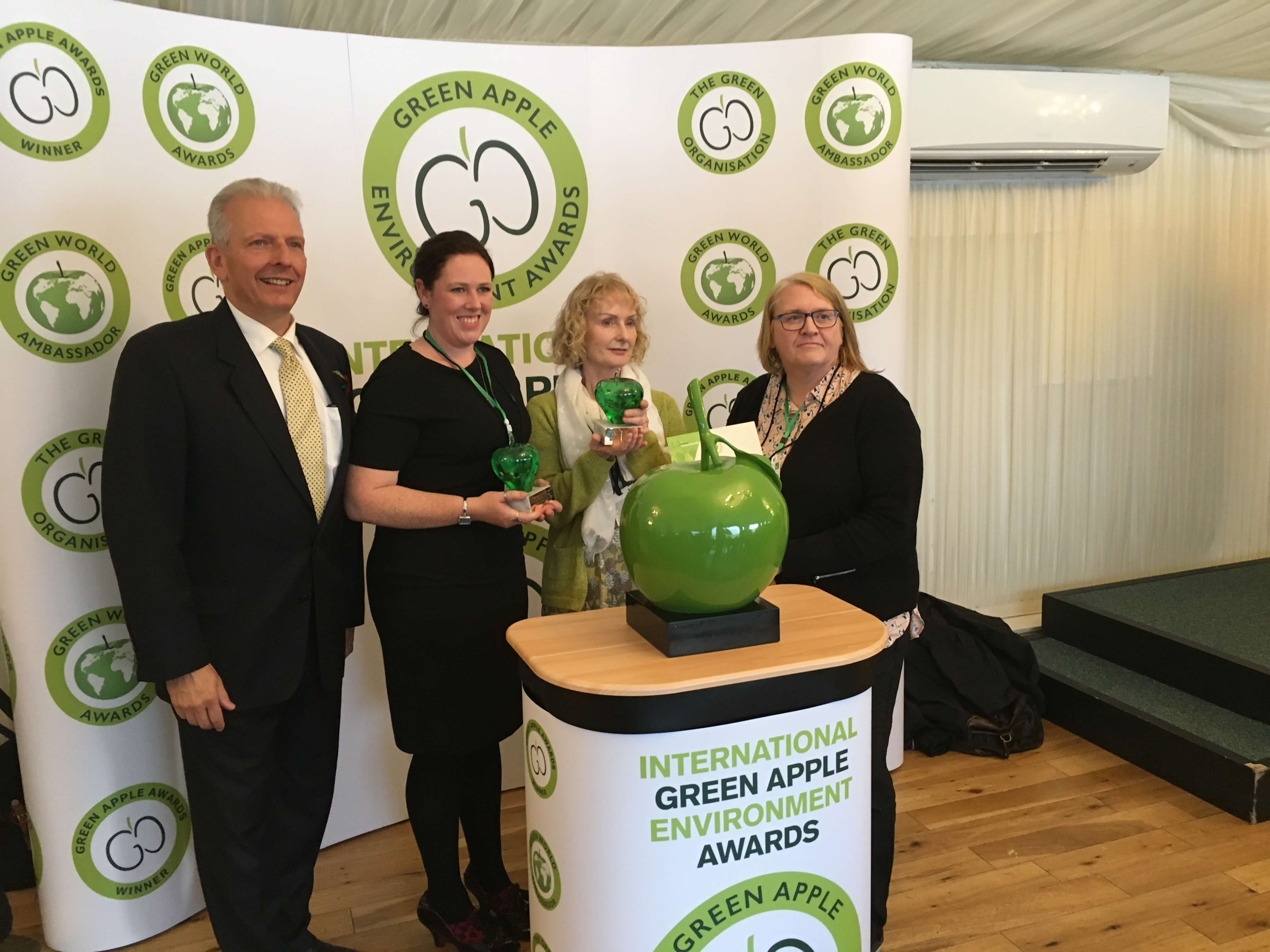 GRAHAM has picked up three prestigious Green Apple Environment Awards for environmental best practice from one of the most celebrated environmental campaigns in the world.

Since 2009, the SHE team has now collected 11 renowned Green Apple awards in a major milestone that highlights its consistent leading approach to environmental best practice.

The Green Apple Awards, which were launched in 1994 by The Green Organisation to recognise, reward and promote environmental best practice, are one of the most desired, largest and longest established environmental awards in the UK.

GRAHAM’s LLWR Drigg team was recognised as National Champions and picked up a stunning first place for Environmental Best Practice in Habitat and Biodiversity protection.

Both teams collected their awards during a high-profile ceremony on 12th November 2018 at the Palace of Westminster, London. The event recognised a wide range of innovative and proactive approaches to environmental protection and enhancement.

GRAHAM is committed to delivering a lasting impact and was delighted to receive prominent recognition for its approach to successful environmental management.

Congratulations to all colleagues who contributed to this outstanding recognition of our approach to environmental best practice.

GRAHAM undertook a number of projects across the LLWR nuclear waste site. The LLWR site is adjacent to a Site of Special Scientific Interest (SSSI) and Special Area of Conservation (SAC) and has important populations of European Protected Species such as Great Crested newts. The SSSI is also home to Natterjack toads and both areas contain large populations of slow worms, adders, lizards and other newts. The site itself has badger setts, deer and a variety of other mustelids.

The fence line project was used to illustrate the collaborative working partnership between GRAHAM and LLWR. The 4.6km fencing project did not compromise the SSSI habitat or the sensitive habitats and wildlife on site, and wherever possible the developed land was enhanced, providing additional habitats. In addition, environmental education programmes were delivered to promote these sustainable features for future users of the site.

Both GRAHAM and The London Borough of Camden council have commitments to reduce carbon emissions throughout their operations. Achieving a high level BREEAM certification helped the team align with their carbon reduction goals. The Kingsgate Primary School project generated 180 kg CO2 per £100k project value. This is 45% less carbon emissions than the BREEAM Construction Excellence UK Industry Performance 2017 Median Benchmark.