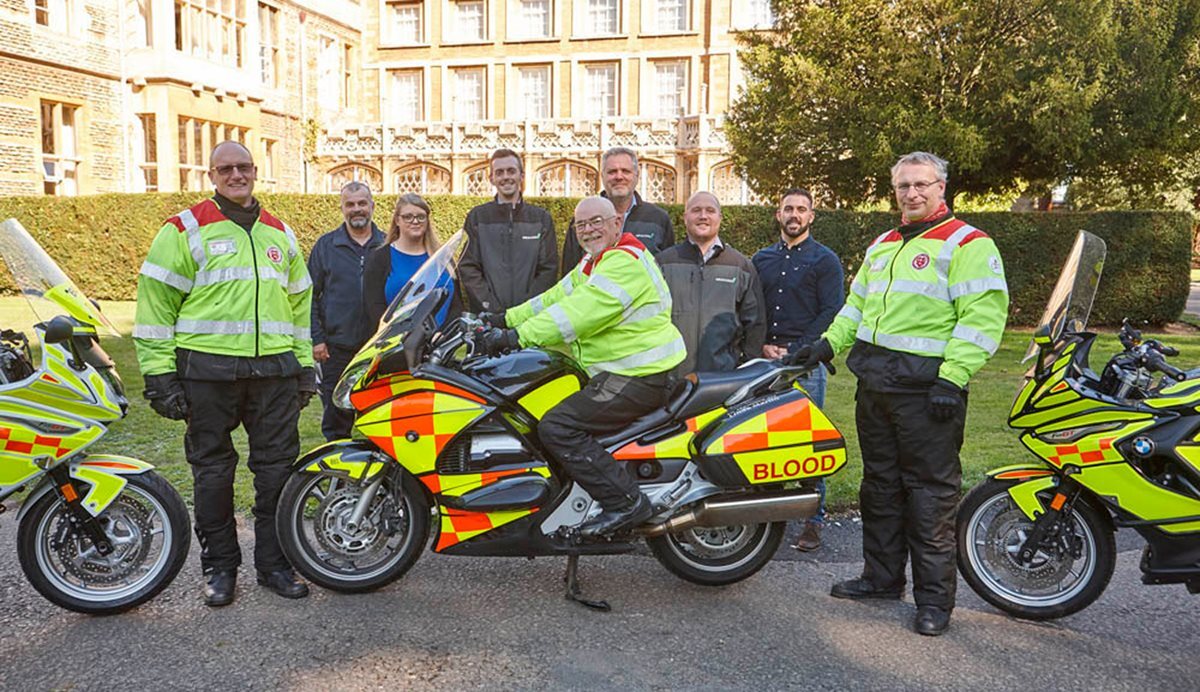 As part of a major highways improvement scheme underway in the East of England, our site team organised a workshop and invited Blood Bike groups serving Norfolk, Suffolk, Lincolnshire, Cambridgeshire and Northamptonshire to attend alongside representatives from Highways England and traffic management contractors.

We worked with Highways England and other stakeholders on the OD East of England Highways scheme to develop a strategy that enables the blood bikes to be identified and escorted through work sites when required. The team also established a communications rollout so that the groups are informed of any upcoming closures or diversions.

Concluding the workshop, a Memorandum of Understanding was developed and agreed with all the attendees and a future meeting is scheduled to take place to ensure all of the agreements are adhered to.

“Following conversations with the Blood Bike Groups that serve the Eastern region, we were informed that they were not always made aware of the diversions and closures in place during our works on the highways.

“We also learnt that the role of these life-saving volunteers was not always clear to some of the contractors working with us. To address this, we held a workshop with Highways England, our traffic management contractors and site staff to educate our stakeholders and discuss how we can help these groups provide their vital services for the emergency services.

“At GRAHAM we strive to make positive contributions to the communities we work within and engage these communities effectively through proactive communication. We’re proud to support the fantastic work of these volunteers who provide an amazing service to the NHS and look forward to working with them during future schemes.”

Following the success of the first workshop, future meetings have now been scheduled, with GRAHAM and Highways England reviewing plans to roll the initiative out nationally.

A spokesperson from Highways England commented:

“This initiative came to light when planning a raft of schemes in the Eastern region. It was brought to our attention that the Blood Bikes do not receive our standard communications that are sent to NHS warning of road closures. Given on rare occasions the Blood Bike service can ride under blue lights, we decided it would be a prudent step to initiate some sort of MOU to ensure the Service is notified of works and also our workers and contractors are aware that this important organisation is seen as another blue light service and afforded the necessary access through or around our works.”

“We are proud to be associated with GRAHAM and deeply value their understanding of the blood bike world, especially the difficulties we face in the more rural areas of the Eastern region where diversions can often mean the difference between meeting deadlines and patients receiving timely treatment or having to return and repeat the process because items reach their destination out of time.

GRAHAM’s fantastic ‘can do’ approach has proved invaluable and the initial MOU allowing Blood Bikes and cars through diversions is a ground-breaking move. The company should be applauded for taking ownership of this and we look forward to an exciting future and rollout nationwide.”