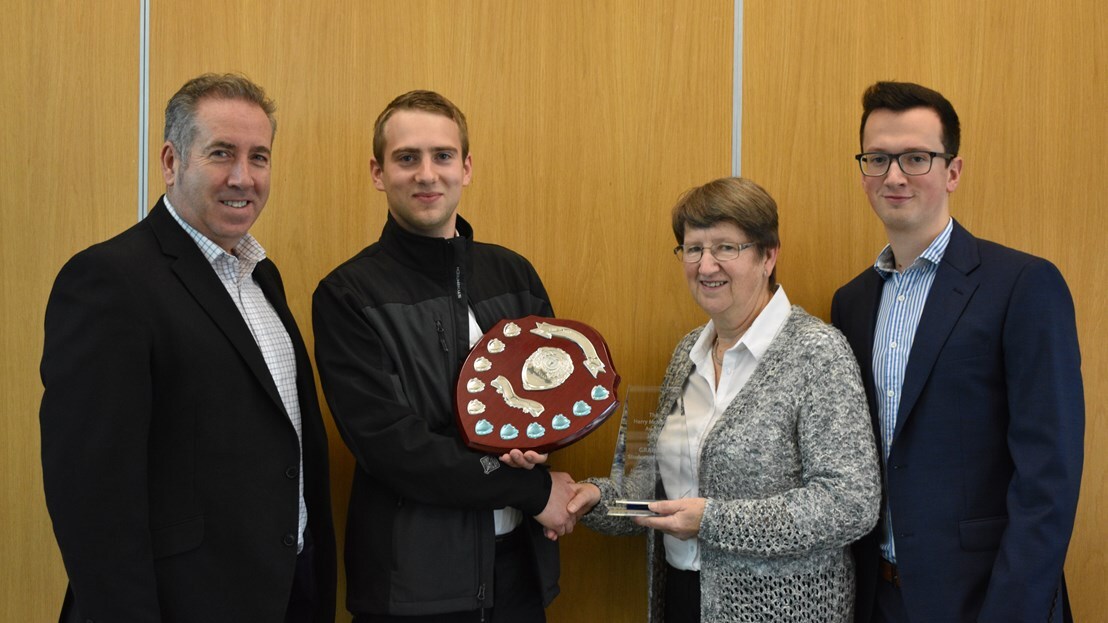 For the last five years, GRAHAM has presented an annual student award and scholarship in memory of the late Harry McMullen, who was a positive influence and mentor to many young engineers for over 40 years with the company.

The Harry McMullen Award is presented to the most outstanding civil engineering student during the industrial placement year. Earlier today, a celebratory meeting was held to present this year's deserving recipient, Harry Carmichael, with his award and scholarship.

During his time at GRAHAM, Harry (Carmichael) worked on Rolls Royce and M40 projects. He has now returned to study a BEng in Civil Engineering at University of Derby, where he is due to graduate in 2019.

The award was presented by Harry McMullen's wife, Mary, and son, David.

"Harry was a valued and respected colleague who was always willing to provide sound advice and guidance particularly to younger colleagues. His loss was felt by all his colleagues in GRAHAM and this award is a way to ensure his values and legacy are embedded within future generations of young engineers.

"Harry (Carmichael) has demonstrated qualities that Harry (McMullen) would have admired, with his thirst for technical excellence and enthusiasm for learning. We offer our congratulations on his achievement, wish him well with his studies and look forward to him developing his career with GRAHAM in the future."