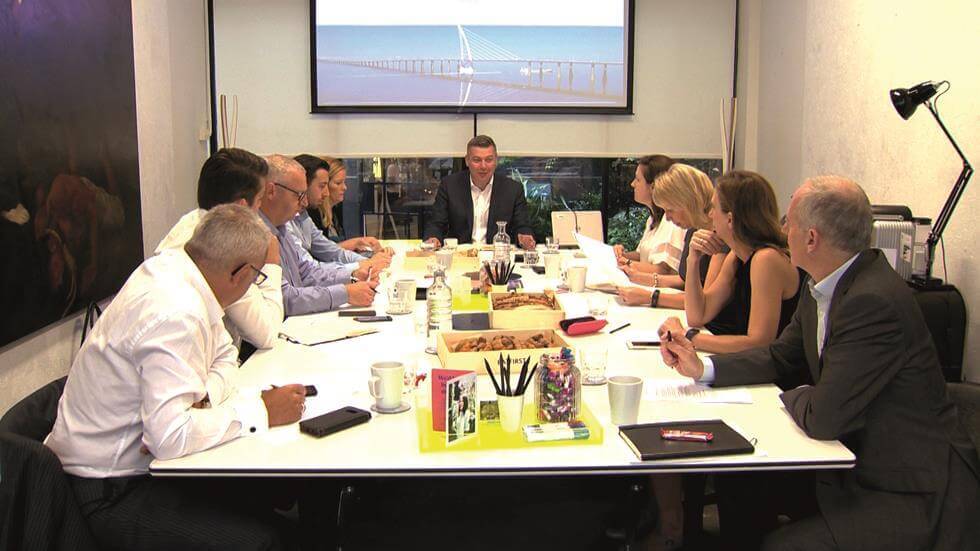 GRAHAM’s Head of Digital Construction, Melanie Dawson, recently attended a round table discussion, which was hosted by Building magazine in association with Oracle’s Aconex.

Participants took part in a lively debate deliberating if BIM is being used to its full potential. Read the full article via www.building.co.uk below.

BIM take-up is still increasing, but is the construction industry using it to its full potential?

And, how can all of the teams across a project be encouraged to do so? Debika Ray reports on a round table discussion on this topic that Building magazine held in association with Oracle’s Aconex

Where are we now with BIM take-up? Who needs to be encouraged to use it more? What are the solutions and opportunities? Is BIM evolving too fast for the construction industry? To answer these questions and more, Building editor-in-chief Tom Broughton invited experts from across the industry – including representatives from contractors, consultants and clients, to discuss and debate how to make BIM universal.

Broughton started the debate by outlining the results of a recent survey published in the magazine, which revealed that BIM awareness was now widespread across the industry and that, while the government was perceived not to be adequately enforcing its requirement to use BIM on all its projects, private sector clients were increasingly driving the agenda – but only where they saw potential to increase margins.

As such, he felt that “the only way the take-up will [increase] is if people can demonstrate BIM’s value”.

“The biggest challenge is bringing everyone with us, keeping engagement and keeping the team together,”

This question of seeing value is a crucial one: for advocates of the shift to digital construction, its benefits are clear, but it is not so obvious for the rest of the industry.

In some ways, the participants in this conversation said, this is natural.

“This is the same debate that went on in the 1980s when we moved from paper processes to PCs,” said Steve Brunning, managing director of Rapid DCS, a digital construction services provider.

There was agreement around the table that the shift in mindset across companies could be encouraged by better education about BIM, greater trust in newer entrants into the industry, for whom digital technology comes naturally, as well as more guidelines for its use.

“Within companies we haven’t got strict mandates to follow any BIM processes on a daily basis,” said Stefan Crossland, BIM lead for real estate projects at Capita.

Even more crucially, there seems to be a misunderstanding about what BIM is and could be – as Steve Cooper, AVP sales of Oracle’s Aconex, said, the question of where things are now in the industry “depends on what you classify as BIM”, pointing out that a lot of his clients don’t necessarily see aspects of their digital work as falling under the umbrella of “BIM” because the definition is unclear.

Nick Leach, strategic BIM manager at contractor Sir Robert McAlpine, agreed: “A lot of people are still focused on the modelling side of things, when there is a whole wealth of other activities you can get from digital construction.”

In demonstrating the value of BIM and creating cultural change around its use, the panellists said, it’s vital to articulate that it is a process and system that can create benefits across entire projects, organisations and industries – not just a new way of visually representing building designs. “To be honest, the representation of an asset in 3D form [compared to 2D form] has limited value,” said Sarah Davidson, head of research and development at consultant Gleeds. “If we talk about data and information, and how that helps manage risk and derive value for clients, maybe there would be more optimism.”

Jill Mortimer, director at consultant Turner & Townsend, proposed moving away from talking about BIM at all. “If we drop [the term], we can stop putting it in a silo, so the disconnect between project management and what the BIM team are doing is removed.”

But Melanie Dawson, Head of Digital Construction at GRAHAM, said that, even though her company had reduced its use of the term BIM, she wasn’t sure the industry as a whole was ready for that yet.

“The industry is evolving at different rates, but we run the risk of alienating some of the best people [if we move too fast]. The biggest challenge is bringing everyone with us, keeping engagement and keeping the team together,”

Several panellists echoed Davidson’s point about the importance of thinking in terms of data – and its potential to improve margins, manage a project and contribute to the long-term success of a built asset – rather than just BIM itself.

“Whoever owns data is king,” Rapid DCS’ Brunning said. “But one of the big issues is that we still haven’t got a [decent] process [to manage] data – there has to be some bold decisions made this year about data structures. The interoperability of systems is [also] going to be a contributor to success going forward, so people don’t have to learn to work in a whole new environment when they start a new project.”

In illustrating how proper use of data in BIM can have real-world consequences, he pointed to the aftermath of the fire at Grenfell Tower, when many in the industry needed to work out where else similar cladding had been used and they had “no idea”.

“If we sorted out the process of data, people would be able to go straight to their record and quickly drill through their data set and realise if they have a problem. That should be the driver for sorting the data out right now.”

Brunning added: “This issue can’t be sidestepped - it’s the fundamental thing that is going to make things work.”

Gleeds’ Davidson said that, to allow members of the project team to get to grips with project data, it was important that knowledge was shared early in the process, for example by engaging contractors earlier. This issue – of adopting contracts and procurement to shape the way various members of the project team participate and interact – recurred for various reasons.

Elizabeth Peters, director of special projects at Aecom, raised the challenge of ensuring that the entire supply chain contributes to the BIM shared environment in a way that adds value, rather than simply providing information.

“One of the big issues is the expectation and understanding of what different parties are responsible for – there are a lot of things that start to be implied when you use models and then people blame each other.”

She says that standard workflows and contract structures for digital construction simply don’t exist yet, as they do with traditional construction processes.

Alex Jones, group head of BIM and digital construction at John Murphy & Sons, said his experience suggested that there was more digital maturity among smaller players in the supply chain than might be assumed.

“Many can tell us a thing or two about managing data,” he said. As a contractor, however, he agreed on the need to be involved earlier in the process.

“BIM is helping to shift [our participation to earlier in the process], where savings can be made and risk reduced. It’s all in the procurement and for clients to be clear about what they want.”

Turner & Townsend’s Mortimer agreed on the client’s role in setting the agenda: “A lot of clients say they want a collaborative programme, but they write a contract that won’t work for that and don’t put the right governance in place. If they don’t take responsibility, then the outcomes they are looking for will not be delivered.”

Gleeds’ Davidson agreed on the importance of a procurement process that brings in the right experts at the right time, but had kinder words for clients. “Most clients are not in the business of construction – it’s a disruptive activity that they are not necessarily interested in. I don’t tell BMW how to build my car – I tell them what I want from it. [Similarly], we have to enter the project saying, we can do this differently, then take that to the client.”

A huge advantage of BIM is its ability to create value across the whole lifecycle of the project. Davidson said that, if the industry starts to look at its advantages from a facilities management point of view, “the reliability of data would start to become something of importance”, suggesting that it need not involve much greater expenditure – just more of an eye to handing over the information at the right time to the right people.

“We talk about integrated project delivery but I’m not sure we are as integrated and joined up as we need to be.”

As the conversation concluded, there was a sense that much further progress is unlikely to be made on the wholesale adoption of digital construction across the industry if the focus remains on marginal improvements and benefits.

Rather, there needs to be a shock to the system – such as the entry of a disruptive entity such as Amazon or Google – to shake things up. “Our industry needs a strategic threat that’s going to get them to start thinking more about the evolution [of digital],” Cooper of Oracle’s Aconex said.

Aecom’s Peters agreed: “What will actually change the industry is some kind of existential threat, because it has to make sense financially for us to do this. I think this will be around artificial intelligence and machine learning, for which you have to have datasets. It will be painful and tough, but that’s what is needed to get the industry moving forward and people thinking, ‘we can’t not do this’.” She added that, in that context, rethinking contracts and procurement routes would become even more urgent and essential. “If you think it’s risky and confusing now imagine what’s going to happen when machines are [involved].”

But challenges notwithstanding, how BIM evolves and spreads in the future is certainly something the panel looks forward to seeing – and being a part of.