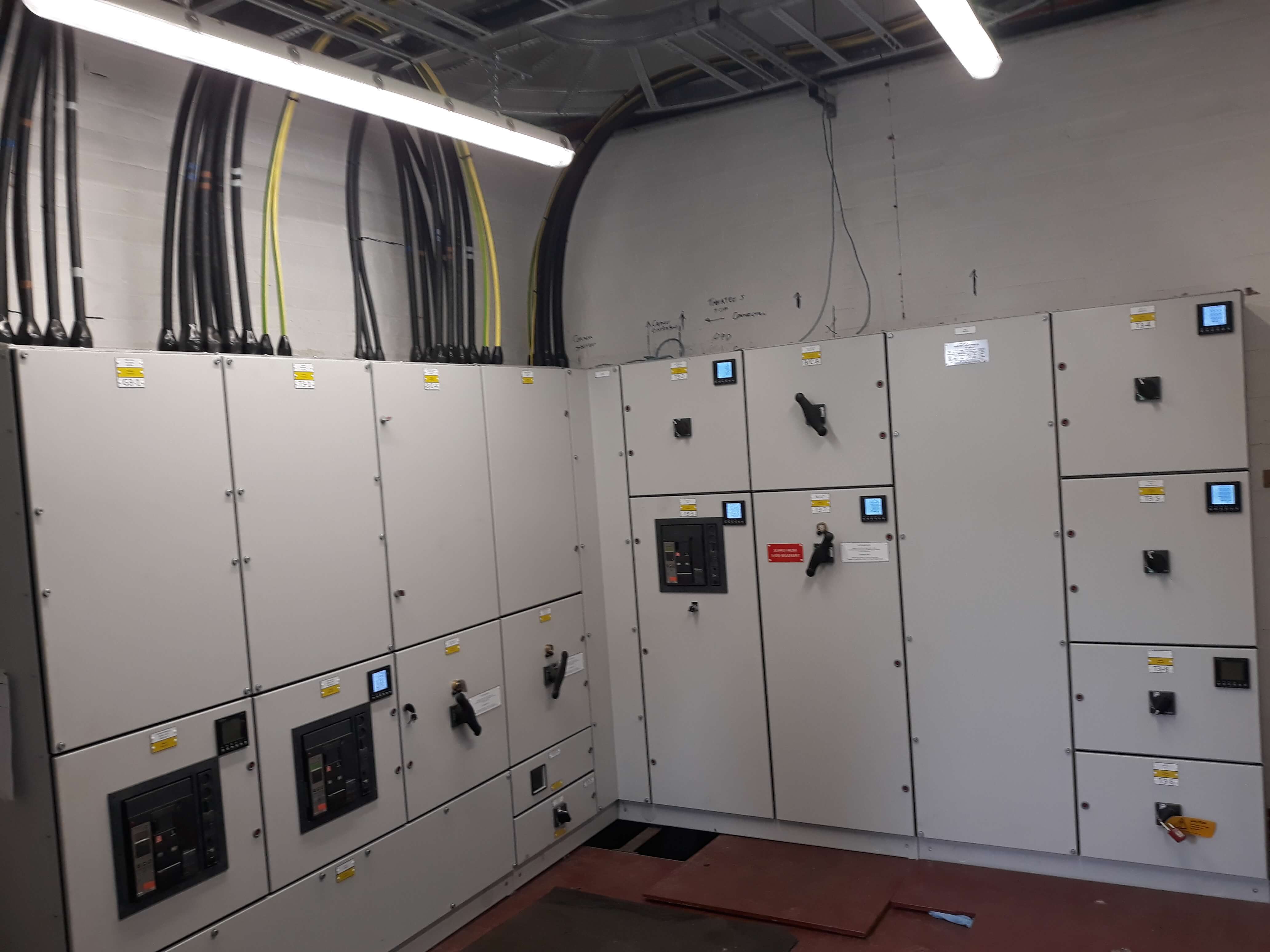 Our Facilities Management engineers have seamlessly completed a complex electrical works project at the Royal Victoria Hospital (RVH) involving the replacement of the main distribution panel within the Cardiac Theatre.

The potentially high-risk programme took place in mid-May with the new electrical distribution panel installed, commissioned and made operational over an intensive 48-hour period.

The Royal Victoria Hospital treats over 80,000 people as inpatients and 350,000 people as outpatients every year, and provides local services to the people of Belfast and a large number of regional specialist services, including cardiac surgery, to people from across Northern Ireland.

According to Andrew Foster, GRAHAM’s Electrical Contract Manager, meticulous planning was the key to the successful change over, which importantly resulted in no loss of service to the Hospital.

“All of the preparation works were conducted and planned carefully, which was a crucial factor in ensuring its seamless completion,” said Andrew.

“An electrical shutdown was also carried out to minimise disruption. This work took place around the clock and our GRAHAM engineers were commended for their well thought out methodology, which allowed the works to be successfully carried out within such a tight timeframe.”

(Pictured): A close up image of some of the work in progress

Initially, intrusive surveys were undertaken to enable planning, foresight, and the implementation of a full shutdown of electrical services.

The task was made even more difficult as the mains supply was a fusion of backups and generator backups, which had to be verified and isolated before the commencement of the works.

Indeed, some of the existing cables were over 50 years old and their designation and routes had long been forgotten.

Subsequently, the Main LV supply from the existing HV transformer was replaced before all of the main outgoing cables were identified and jointed to allow connection to the new panel.

An additional challenge for our team was the new panel’s requirement to incorporate several alternate sources of supply, including generator, bus-coupler and mobile generator with G59.

Finally, the old panel and connected cabling was disconnected and removed, allowing the new panel, cabling and joints to be installed.

“As part of our ongoing electrical infrastructure upgrade work we recently replaced the low voltage main switchboard in the Cardiac Theatres/CICU/OPD sub-station.

“The complete job, from the initial survey to the switchboard design, and the preparation work to final installation and commission, went without a hitch due the professional and skilled way the total work package was managed and carried out.”

GRAHAM and the RVH

Acting as a vital cog in the operational machinery of Northern Ireland's biggest hospitals complex – the Royal Victoria Hospital, we deliver best-in-class Electrical Maintenance Works and Minor Electrical Installation Works. Trusted since 2015 to provide a suite of wide-ranging electrical services, the expert team has recorded no reportable H&S issues in the completion of 702 budgets submitted to the value of £4.5m and over 500 raised orders valued at £3.5m.

For more information on this partnership, read our Case Study in the link below: