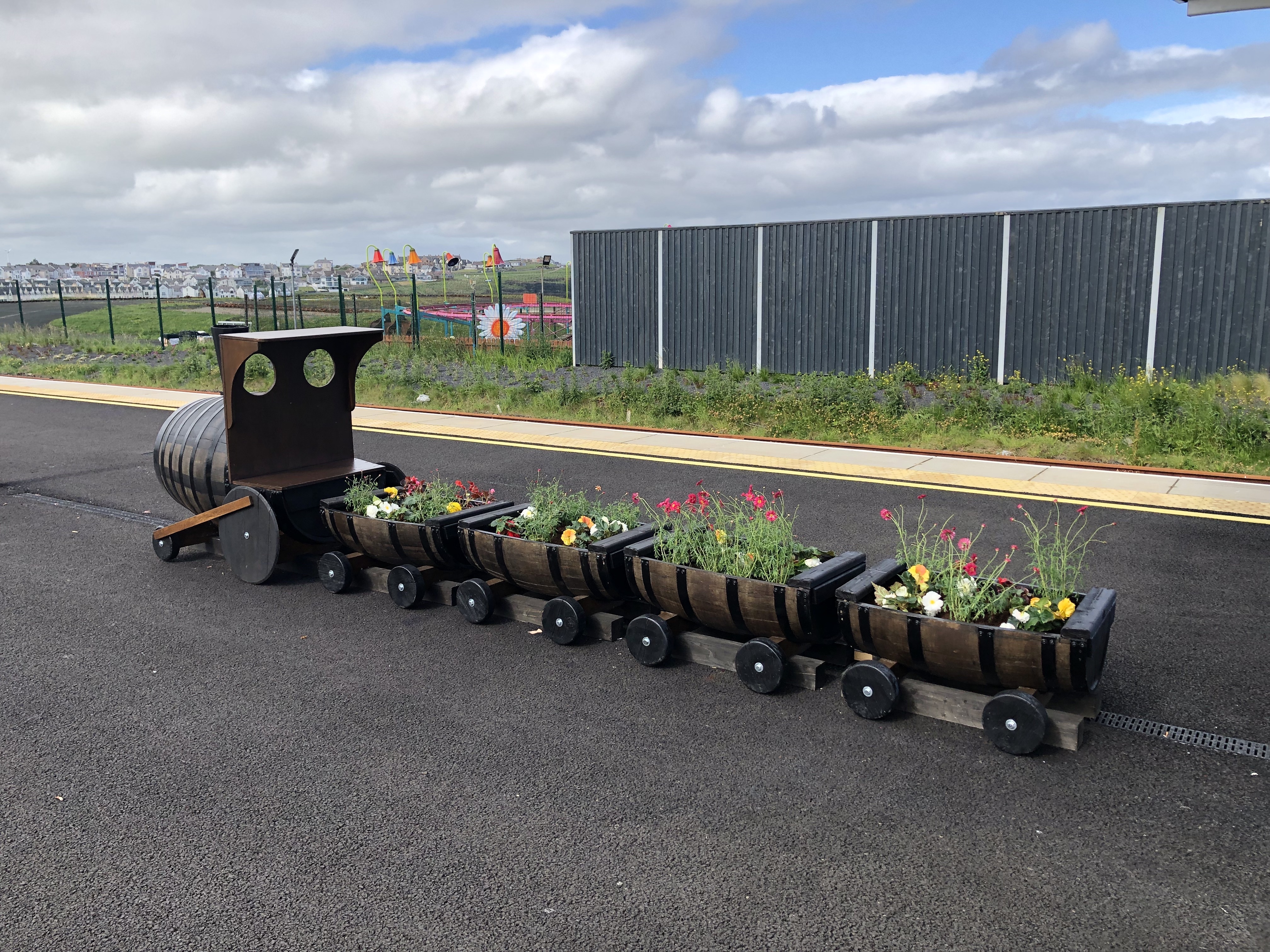 A stunning train barrel planter bursting with blooms has arrived at Portrush railway station, just in time for the 148th Open.

The hand-crafted installation, created by Portstewart’s ‘Be Safe Be Well Men’s Shed’, with support from Bushmills Distillery, was commissioned by GRAHAM and Translink’s Environmental and Sustainability teams as a feature for Portrush’s new railway station.

“GRAHAM and Translink have been working closely in partnership to deliver a modern, accessible railway station that is sympathetic to the local built environment. We were keen to ensure that the local community could get involved in transforming the space and that local residents could have an opportunity to showcase their talent.

“We approached Portstewart’s ‘Be Safe Be Well Men’s Shed’ and they were enthusiastic about getting involved. With support from Bushmills Distillery who provided the barrels, they designed and built a stunning train barrel planter. The quality of the craftmanship is superb and they have invested a great deal of effort into creating this installation which will undoubtedly brighten up the railway station. Congratulations to everyone involved.”

‘‘Translink is delighted to have worked with GRAHAM, the fantastic team at Portstewart Men’s Shed and Bushmills Distillery to provide this barrel train, which is now a proud feature of our new Portrush Train Station, a £5.6m investment in public transport in the Causeway Coast. We hope it will be a popular and well-loved feature for visitors to the station throughout this busy summer season and beyond.

‘‘I’d like to thank our stakeholders and our contractors for all their assistance in making this display possible.’’

For further information on Portstewart’s ‘Be Safe Be Well Men’s Shed’ log onto http://besafebewell.co.uk/our-sheds/portstewart/

Funding for the £5.6m state-of-the-art station was secured from the Department for Communities (£4.7m) and Department for Infrastructure (over £900k).

The new-look railway station is just one element of a wider £17m Portrush Regeneration Programme, led by the Department for Communities, which includes a major public realm and revitalisation scheme for the town ahead of The 148th Open, which will be held in Portrush in July.