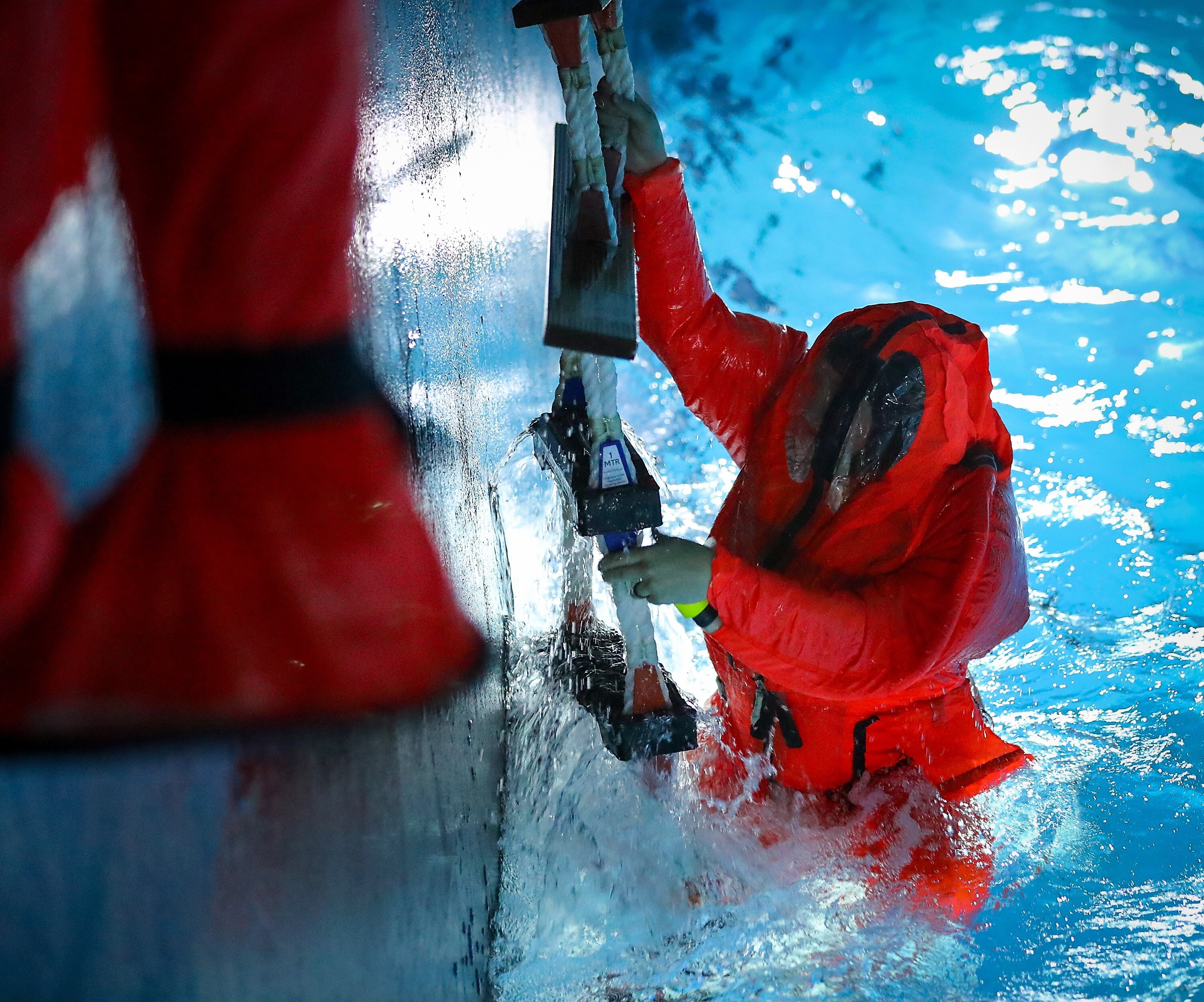 The Defence Infrastructure Organisation (DIO) has delivered a £34m submarine escape, rescue, abandonment and survival (SMERAS) training building for the Navy at HMNB Clyde in Faslane.

The SMERAS is a unique and modern facility which will give the Navy the capability to carry out essential on shore training for personnel in vital escape, rescue, abandonment and survival techniques using a unique, controllable training environment.

The Navy has funded the SMERAS facility as a significant investment in the training of its personnel. DIO delivered the project, working with its contractor Kier GRAHAM Defence Ltd.

The building will house a simulator in which trainees can experience a range of realistic weather conditions and sea states including wind, rain and storms, so that they can practise in a safe and low risk environment before they board a real submarine.

An internationally-renowned training resource, the simulator, will replace the Submarine Escape Training Tank at Fort Blockhouse, Gosport, and has been recognised by Navies throughout the world for its cutting-edge technology and equipment.

The construction work was completed pre-Covid.

“DIO is proud to have delivered this world-class facility to the Royal Navy.

“The SMERAS demonstrates DIO’s expertise in completing complex and one-of-a-kind projects to enable our Navy to access the most modern training available.

“It also affirms our commitment to support HMNB Clyde in becoming a centre of excellence for submariners.”

“The Royal Navy was proud to provide the funding for this excellent facility delivered by DIO and their contractors.

“The facility provides class specific high-fidelity escape towers and escape compartments, a training pool capable of replicating the environmental conditions that submarine escapes may need to be carried out in and supporting classrooms, offices, workshops, plant rooms and changing areas.

“SMERAS is a key element in the development of HM Naval Base Clyde as the Royal Navy Submarine Centre of Specialisation and base port for all UK submarines.”

“The SMERAS Training Facility is a fantastic new and world-leading escape and surface abandonment capability that enhances the training benefit for Royal Navy submariners.

“The Royal Navy, as the customer for this new facility, is justifiably proud that we are delivering high-levels of experiential training to our submarine personnel and on track to reach Full Operating Capability in March 2021.

“The facility fulfils a significant gap for the Royal Navy in delivering realistic experiential training for surface abandonment in addition to submarine escape.

“The Royal Navy’s reputation for submarine escape training has been significantly enhanced by this impressive capability that combines both escape and surface abandonment training.”

“We’re proud to have delivered this critical facility for the Clyde Naval Base on behalf of the Kier Graham Defence Ltd joint venture.

“After three years of design and construction, working collaboratively with the Royal Navy and DIO, we’re proud to provide this new purpose-built environment which will play a vital role in improving the skills of submariners, ensuring their ongoing support and training can be conducted within this highly realistic, scenario-based training facility.”

As part of the UK, Scotland benefits from billions of pounds of MOD contracts placed directly and indirectly with hundreds of companies, which sustain thousands of jobs.

The UK government is firmly committed to the future of defence in Scotland and of Scotland’s continued vital role in defence. The major investment in the future of HMNB Clyde is a testament to this.

DIO is investing £1.6bn in total to develop infrastructure at HMNB Clyde to make it a centre of excellence for submariners.