The award-winning A138 Chelmer Viaduct is a strategic highway link in Chelmsford, Essex, which has increased transport capacity and significantly improved journeys for motorists, cyclists and pedestrians. Consisting of 1800 tonnes of steel, 900m in length, and taking 13 months to complete, the transformed viaduct incorporates three lanes of carriageway, a shared footway and cycleway and a new footpath over the river. Underlining our expertise and efficiency, the main project road was opened 15 weeks ahead of schedule.

The A138 Chelmer Viaduct project, spanning the River Chelmer and flood plain, incorporated the construction of a new viaduct and the subsequent demolition of the existing structure. To minimise disruption, the original bridge continued to facilitate traffic during the 13-month project, which encompassed 402, 535 ‘man-hours’.

The vital transport link was highly commended by the ICE for ‘Technical Excellence’ with the viaduct structure consisting of weathering steel and concrete deck elliptical columns. The river bridge features weathering steel beams, a concrete arch and engraved stone inlay to improve aesthetics. Landscaping/planting was used to screen parts of the viaduct while the careful maintenance and restoration of wildlife habitats was prominent during construction.

A commitment to community engagement was exemplified in the establishment of a neutral community hub at Moulsham Mill and the collection of 104 tonnes of waste wood, creating two permanent jobs for local disadvantaged people in the process. 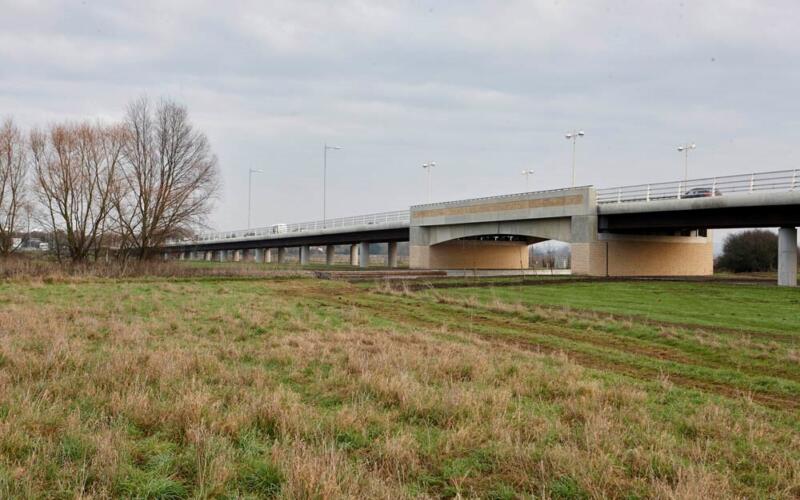 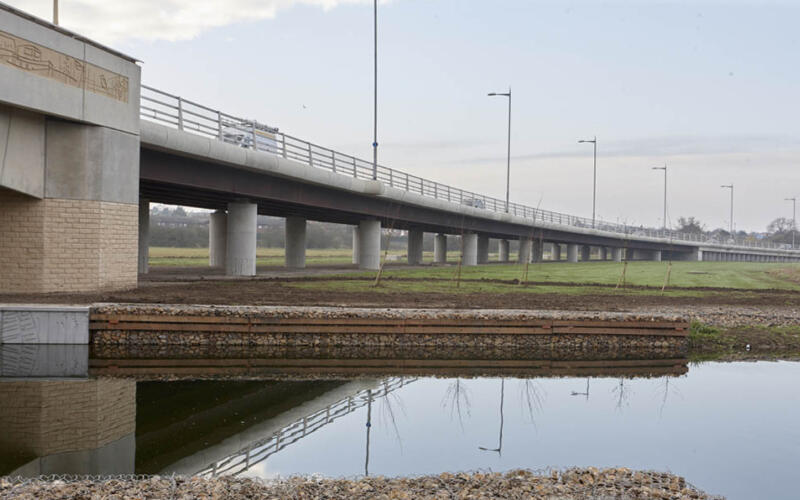 "I am delighted that we have delivered this much needed new bridge with an extra lane, which will help cut journey times for hard working people in Chelmsford and deliver economic growth"