Turning Byron Court Primary School’s motto “believe it, achieve it” into a reality, our £12.9m expansion programme has transformed the London, Wembley based school from a three-form entry school into a five-form entry school. Facilitating a significant increase in pupil capacity from 660 to approximately 1,050 by 2020, the 16-month project incorporated the construction of new teaching classrooms and ancillary facilities including a kitchen, a two-court sports hall, a non-floodlit Multi-Use Games Area (MUGA) supplemented by the reconfiguration of the existing grass playing field and associated landscaping.

Described as being “located in a leafy Wembley suburb”, Byron Court Primary School is surrounded on all sides by large semi-detached residential properties. In addition, South Kenton Train Station is approximately 140m to the west and Northwick Park Hospital is only 500m to the northwest. Naturally, there were genuine concerns from local residents and other stakeholders ahead of the construction programme.

At planning 760 had signed a petition in opposition to the school expansion. To assuage some of the valid objections, we employed a Community Engagement Advisor to liaise regularly with residents, issued a monthly newsletter and created a bespoke Transport Management Plan (TMP). A strategy was devised, centred on the escort of all supply chain deliveries to and from site, the inspection of vehicles so that building waste was not transferred onto the neighbouring roads, and penalties for any transgressions of the TMP.

Completed in December 2018, the three phased scheme involved new build modular construction, new build traditional extensions, alterations, remodelling and refurbishment and external works and services. Key members of our design team, including a Design Manager, remained with the project from pre-construction through to handover.

Phase 1 consisted of the construction of a new two storey classroom block inclusive of 20 classrooms, group rooms and staff areas all linked at ground level to a new hall and kitchen. Demolition works were the focus of Phase 2 and encompassed the demolition of the existing dining hall, kitchen and three single storey classroom blocks to make way for the two-form entry expansion. Phase 3 saw the school occupy the new building before the subsequent demolition of additional classrooms and the creation of sports pitches and further car parking space. 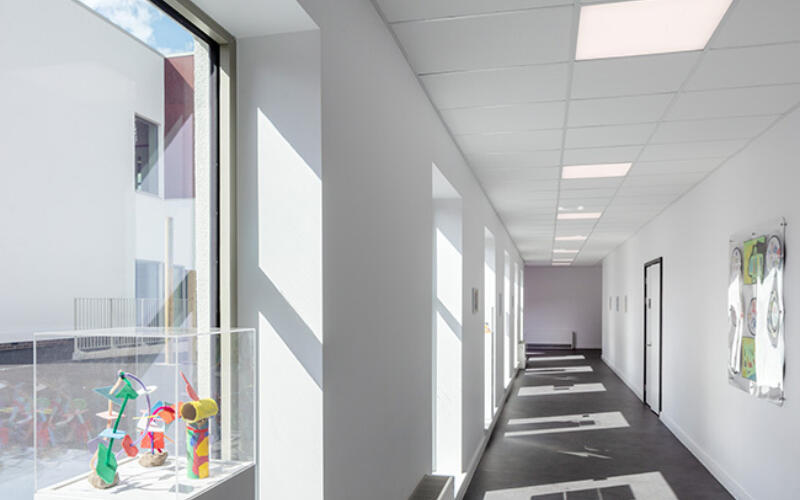 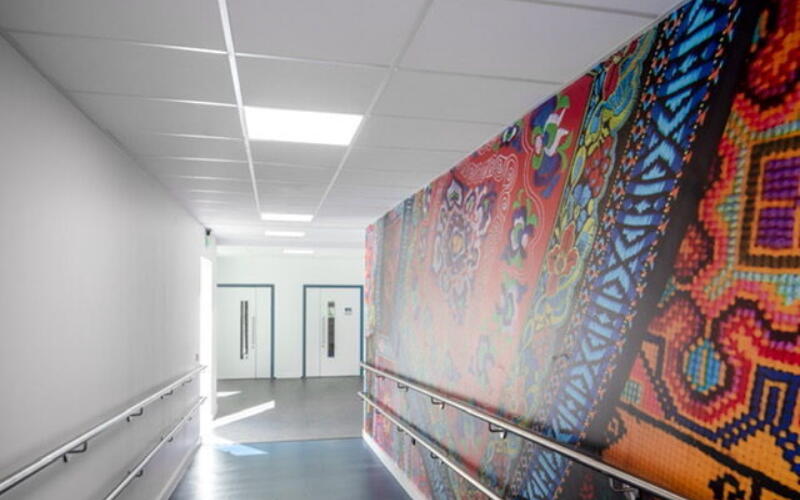