Enhancing the customer experience, while blending sustainability and high-quality design features were the focus of our modern mall refurbishment project at Queensgate Shopping Centre.

The contemporary upgrade of the 35-year-old retail outlet, which attracts over 16m visitors per annum, was completed over 11 months and included new lighting, redesigned doors and cladding, and significant ceilings and internal finishes.

Following on time, on budget handover, the £7.5m project has delivered a welcoming and engaging retail offering for Peterborough’s city centre.

Opened by Queen Beatrix of the Netherlands in 1982, and voted by the International Council of Shopping Centre’s as the best shopping centre in Europe (1983), Queensgate Shopping Centre enjoyed a celebrated start to life.

However, over the preceding decades it became tired and unloved. Rekindling its former glory, an overall £38m investment scheme, beginning in 2017, heralded a new era of shopping for the centre.

Our £7.5m mall refurbishment project signaled the start of this revamp.Works, which were phased in a timely manner and split into four sections, included the replacement of the existing ceiling finishes, doors, cladding, seating areas, new graphics and enhanced lighting. Alterations to entrances, decoration and M&E works were also part of our programme, which were all pre-planned to ensure there were no surprises for building users.

Sustainability was considered throughout the 11-month scheme and featured the introduction of LED lighting to reduce energy consumption plus the utilisation of low-maintenance materials. 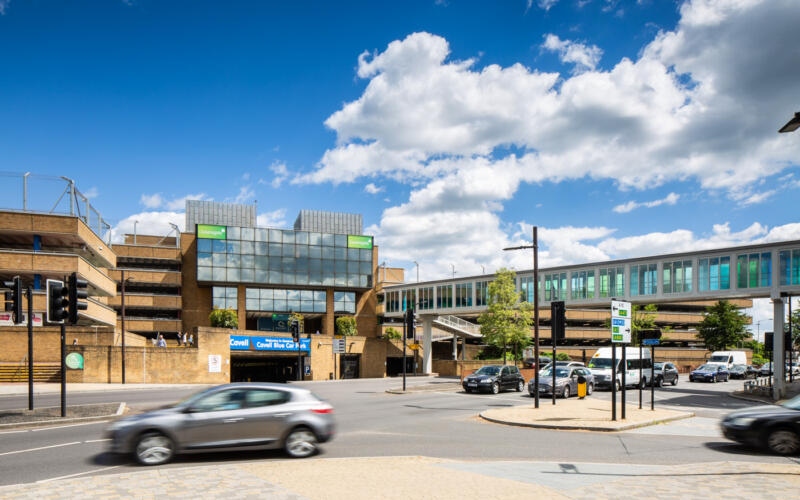 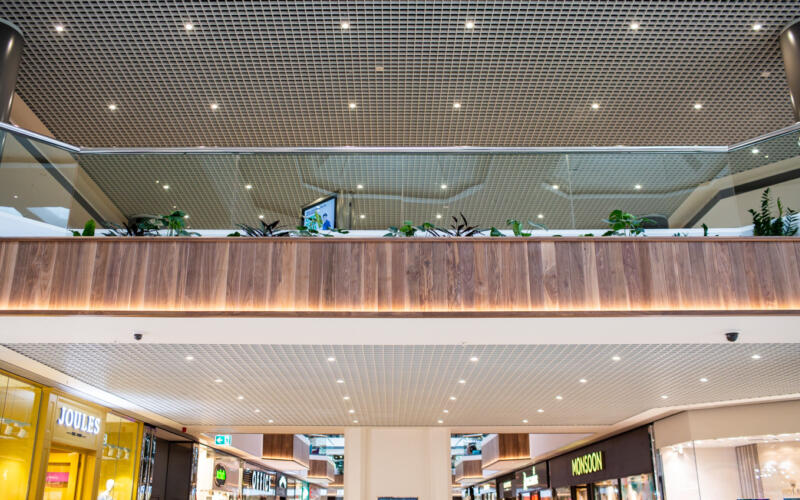