The Samuel Beckett Bridge is a €40m signature structure acting as a maritime gateway for Dublin’s Docklands. With inspiration for its design reflecting the national emblem of Ireland, the harp, and named after one of the island’s most preeminent writers, Samuel Beckett, GRAHAM and our Joint Venture Partner Hollandia converted world-renowned artist and architect Santiago Calatrava’s vision into a stunning reality, on time and within budget.

Now a feature bridge, epitomising modern Dublin, and voted ‘Engineering Project of the Year’ in the Engineers Ireland Excellence Awards, its early inception began with the construction of reinforced concrete abutments of each quay wall. Fabricated off-site and transported fully assembled by barge, the superstructure was then counter ballasted on-site in the form of heavy weight concrete before being mounted on the support pier.

Once positioned accordingly, the final tuning ballast was installed and the cable-stays tensioned so that the superstructure, now weighing 5700 tonnes, was accurately balanced and subsequently rotated into its closed position by our expert team. The complex solution was finalised with the completion of a high-specification control room building, which is linked via ducts to the bridge’s hydraulic rotational mechanism.

Lasting impacts emanating from this project, for the Council, commuters and pedestrians alike, include improvements to traffic circulation and public transport while acting as a catalyst for future regeneration. 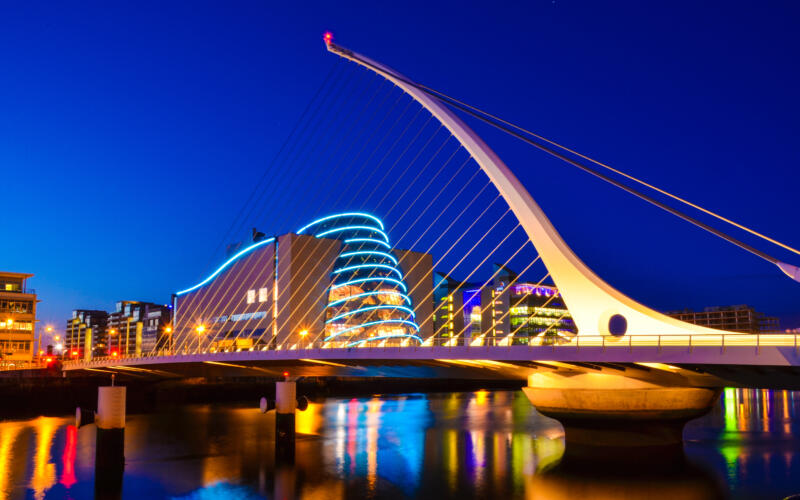 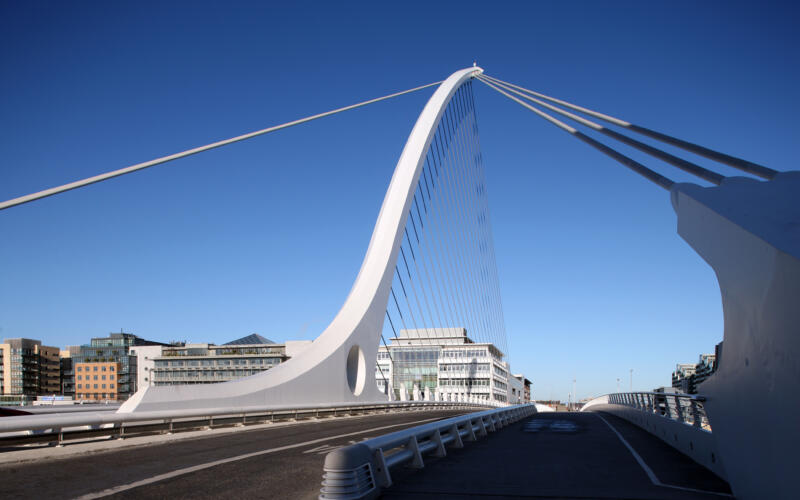 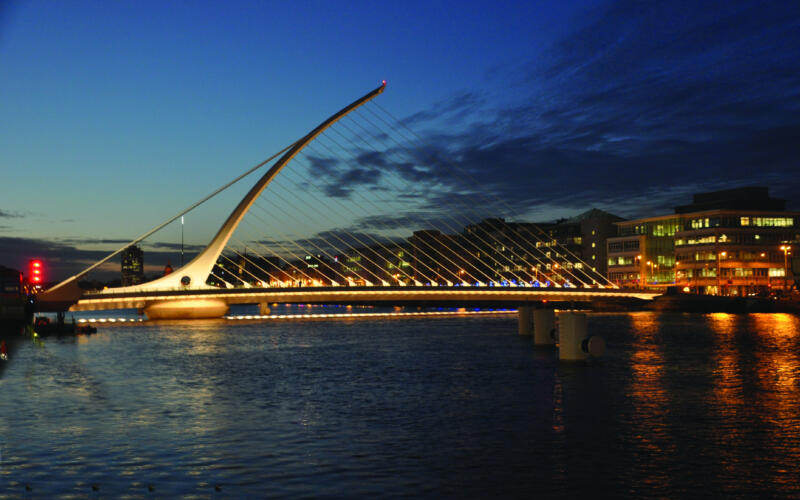 "I would like to thank the GRAHAM team. GRAHAM, in a Joint Venture with Hollandia, completed this project with exceptional professionalism, ahead of time and to budget. A client could not ask for a better team."